The Amazing History of the Interstate Highway System 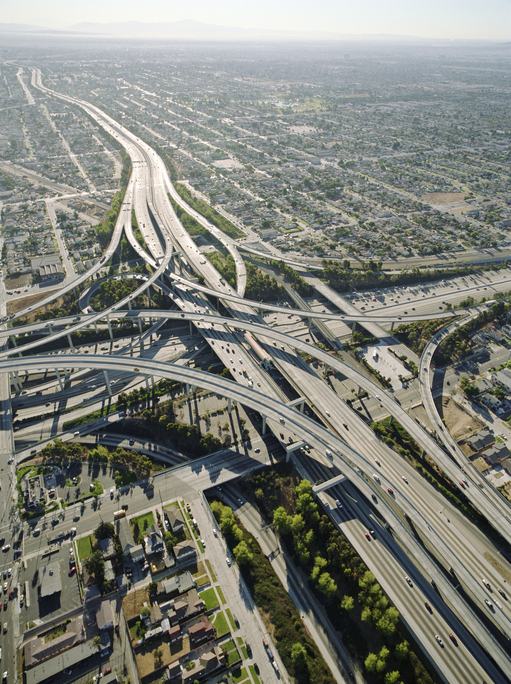 Before the Federal-Aid Highway Act of 1956, most roads were simple dirt roads. Today, our highway system spreads across America, greatly improving the speeds and distances that Americans can travel.

Today, the interstate highway system is as useful as it has ever been; it helps drivers travel long distances in a shorter amount of time and eases the congestion of local roads, just as it did when it was first built. But it took a long time to get to where we are today!

Inspiration from a Road Trip

It was Dwight Eisenhower who led the call for better roads in America. Before he was president, Eisenhower served in the military. Stationed in Germany, Eisenhower saw firsthand the effectiveness of the Reichsautobahnen road system. Back at home after WWI ended, Eisenhower took part in a celebratory road trip conducted by the military. A convoy of military and civilian vehicles traveled 3,242 miles through 11 states, from Maryland’s Camp Meade to San Francisco, California. Most of America’s roads were unpaved, and the two-mile long convoy often found itself stuck in mud, quicksand, and ditches. While traveling through the desert in Nevada, water was rationed to two cups per person per day, while the water supply was guarded until a new supply arrived…pulled by horses. The convoy finally arrived in San Francisco 6 days late, since they only managed to travel an average of 52 miles per day. After this experience, Eisenhower was convinced that America needed to allocate more money towards building a stronger road system like the one he had encountered in Europe.

Creating and funding a large project like an interstate highway system is no easy task. Eisenhower wasn’t the first advocate for a stronger highway system. In fact, it was in 1939 that two members of the U.S. Bureau of Public Roads presented a plan to Congress for building an interstate road system. 5 years later, the Federal Highway Act of 1944 authorized the construction of a 40,000 mile National System of Interstate Highways. However, the project lacked funding to get started. It wasn’t until Eisenhower signed the Federal-Aid Highway Act of 1956 that money was allocated towards the projects and construction began.

Every State Owns a Part

Reliable Contracting is proud of our mission of delivering quality products, displaying professionalism, and satisfying our customers and clients with incomparable service. Whether you need an asphalt driveway replaced or new concrete sidewalks, we will be happy to take the job. Visit us online or give us a call at (410) 987-0313 to get more information and see if we are what you’re looking for. Looking for more information on keeping your landscaping in excellent condition? Follow us on Facebook, Google+, LinkedIn, Twitter, and Pinterest!

This entry was posted on Friday, February 3rd, 2017 at 4:22 pm and is filed under Asphalt Paving . You can follow any responses to this entry through the RSS 2.0 feed. Both comments and pings are currently closed.