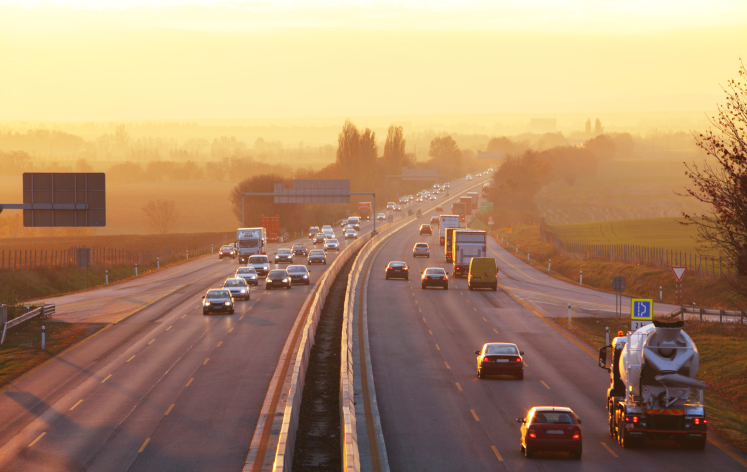 The new bill will usher in more secure highway and transit systems for the future.

Last December, a $305 billion bill was passed by Congress that will boost highway infrastructure across the United States for the next five years. The bill was passed by an overwhelming vote of 359 to 65 in the House and 83 to 16 in the Senate. This 5-year highway bill is great news for the road construction industry; we’re likely to see more jobs and better roads and bridges as a result of the bill.

How the 5-Year Highway Bill is Funded

$305 billion is a lot of money. There’s no doubt that the funds are needed; addressing the nation’s aging and congested infrastructure has been one of the major goals of the Obama administration since the beginning of Obama’s first term. The passage of the bill is a huge success for bipartisan cooperation, proving that most lawmakers know that the highway and transit industries desperately needed the extra boost of federal aid. However, the bill is only a starting point; we’ll need more bills like this one to continue to boost our country’s infrastructure into the future. So, where does this money come from?

The $305 billion of this bill was pieced together from a variety of different places. The main source of revenue for the bill is the national trust fund, which is fueled by the 18.4-cents-a-gallon gasoline tax. This tax hasn’t been raised since 1993, and lawmakers are hesitant to move towards raising it, saying that it would be a bad political move. So, the rest of the funding for the 5-year highway bill has to come from elsewhere.

$53 billion will be moved from the Federal Reserve Bank’s capital account to the general treasury. Although this is counted as new money, it’s technically just moving existing money from one account to another. Banks will also be provided lower dividends, the savings of which will be applied to the bill. Airlines and cruise agencies will pay for extra customs fees and inflations to help provide extra money towards the bill. Another way the bill is being funded is from the sale of 66 millions of barrels of oil from the Strategic Petroleum Reserve. This will raise $6.5 billion, however, the sales won’t start until 2023, which is three years after the 5-year highway bill is slated to expire. Finally, other items under the bill have not yet been financed. The finance decisions for these final elements will depend upon the annual spending decisions of Congress. Although the bill is shakily-funded, we’re hoping that the results of the bill will be wholly positive for American infrastructure.

We’ll see several improvements as a direct result of the recent 5-year highway bill. Funds have been set aside to provide Amtrak trains with positive train control technology that will prevent accidents such as the derailment in Philadelphia last year. City bus drivers will also see more protections against assault, a common problem among bus drivers in the city. Nationwide, an advisory committee is working on a strategy to ensure that transportation policies address the needs of travelers. Finally, more money will go towards correcting highway infrastructure across the nation to account for the 45 percent increase in traffic that is estimated to grow over the next 30 years.

This entry was posted on Thursday, April 21st, 2016 at 8:26 pm and is filed under Transportation News . You can follow any responses to this entry through the RSS 2.0 feed. Both comments and pings are currently closed.